Home About Us Membership Links Officers 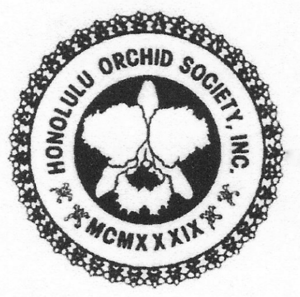 HOS was the first orchid society founded in Hawaii in 1939. Nineteen individuals applied for a Chart of Incorporation that would create “The Honolulu Orchid Society, Incorporated”. These 19 individuals became the first Board of Trustees and Officers for HOS. HOS’s Chart of Incorporation was approved on December 18, 1950 by William B. Brown, Treasurer, Territory of Hawaii, and granted by Oren E. Leong, Acting Governor of the Territory of Hawaii.

The object and purposes of The Honolulu Orchid Society, Incorporated shall be “as a non-profit and non-political scientific and horticultural organization, to promote, carry on, and aid in every possible way, the culture of orchids of all kinds; to conduct or cause to be conducted scientific researches for the culture thereof; to acquire and disseminate information relating to said culture, through the media of exhibitions, lectures, publications, and otherwise, and by these means, to aid those interested in said culture of orchids; to make awards in the form of certificates, medals, and otherwise, for excellence and proficiency in said culture of orchids; and generally, to extend the knowledge, production, use and appreciation of orchids, of any kind and in any manner.”