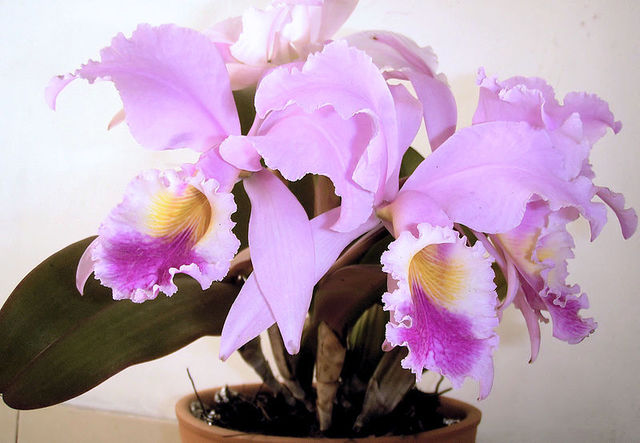 Originally published in The Florida Orchidist

Posted by Sys Admin about 7 years ago.

This beautiful species is from Colombia’s rain forest and is their national flower. It was selected for this prestigious position because it has the same colors as the Colombian flag. A strong grower with long lasting flowers, it is in the background of many Cattleya hybrids. It was quite popular as a winter cut flower for the corsage industry in the early 20th century.

The flowers are produced during the winter and early spring. New growth begins shortly after flowering finishes in the early spring and continues to August. The sheaths are formed when the growth matures but the flower buds do not start to grow until November. Give typical cattleya growing conditions – very bright light is a must. There are some additional varieties available such as C. trianae v mooreana which has a dark splash on each petal. At one time there were more named variety of this species than any other Cattleya. Cattleya trianae is endangered in its natural habitat as a result of environmental degradation and urbanization.