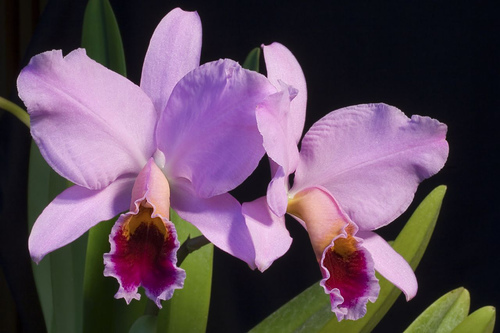 Originally published in The Florida Orchidist

Posted by Sys Admin about 7 years ago.

One of the Christmas blooming orchids, this species is native to Venezuela where it is found at altitudes of 1300 – 2000 meters, however the plant will grow and bloom well at sea level as it grows well for us in South Florida.

Like many cattleya species, other color forms include alba, semi-alba, and coerulea, as well as its normal pink. These plants are fragrant, although the scent is not pleasing to all.

Cattleya percivaliana is well known as one of the so-called Christmas orchid, named for their tendency to bloom in time for the holidays. Other such orchids include Laelia anceps and Angraecum sesquipedale, the “Star of Bethlehem” orchid.